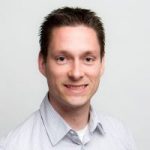 Stefan is a Senior Marketing professional, specialized in the computer software industry, new technologies and gadgets are his passion.

There is the often-repeated prediction that robots will take our jobs. People go a little overboard on the implications. Opinion formers take us through a futuristic scenario where barely every job is conducted by robots. This would result in taxes being paid on the robot’s work, and everyone will get a basic income. The reality is probably more nuanced.

Even writers cannot escape the robot’s unlimited powers, as Ronald Giphart demonstrated with his sequel on I Robot. The experiment got a great deal of media coverage, but please let me emphasize that the robot did not write a story. What the robot did was blurt out sentences. Of course, those sentences can be used as inspiration or plot twists, but that is not the same as writing a book. An hilarious example of a robot writing a book is Harry Potter and the Portrait of what Looks Like a Large Pile of Ash. Again, the robot didn’t write it on its own; a human did, using predictive text just like you can on your smartphone as well. It is funny however, although the software doesn’t know it is.

We all experience that jobs do disappear, however. A lot has changed over the last decennia. Take public transit, for instance. Buying hardcopy tickets is obstructed as everyone needs to have an OV-chipcard. In case you still want to buy a ticket, this results in a higher fee. Most railway stations don’t even have an occupied desk anymore; all information can be found online. The same goes for managing bank affairs, or municipal- or tax matters; everything can be done via apps or websites.

Also in manufacturing and logistics, robotics play an important role. Still, industryweek.com states in a blog dating from April 2018 that companies have a hard time finding order pickers, and that there are 600,000 open jobs industry-wide. So although the technology is out there, it is unlikely that robots will steal all of these jobs soon. This has several reasons. The major reason is probably that humans need to create the robot. An app has no consciousness, but code. We need an entire team of humans to create one well-functioning robot. At the moment, we don’t have the right amount of resource workers with the necessary skills. Furthermore, it requires no explanation on what would happen if the conveyer belt suddenly catches fire and the robots just keep on working as if nothing is wrong.

An inevitable future for most organizations, is a robot working alongside humans. In health care, Tug the robot nurse, is born. It delivers food and drugs to patients, and carries around linen. Doctors and nurses are still doing the caring for patients. In the ideal situation, such robots potentially improve the quality of healthcare, as the human colleagues would have more time to care for the patients. In manufacturing, we also see robots cooperating with humans (sometimes called cobots). These robots can perform the most repetitive or dangerous jobs. The technology is ready to perform jobs that don’t require much creativity, such as assembly work, labelling, packaging or order picking.

So, yes, robots can, will, and already are taking over several of our jobs. But those jobs will be replaced by other jobs, and humans are still necessary to intervene should anything unforeseen happen.

We love to hear what your thoughts are, please share them in the comments section below.