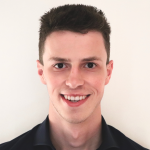 Peter is a back-end developer with experience in Java, C, C++.

The first example of actual machine learning was probably the Samuel Checkers-playing Program, developed during the fifties. Robots playing checkers weren’t new back then, but what was different about this program was the ability to learn from past games and improve its performance accordingly. It comes down to the machine finding patterns in data, so in the example above the past games consist of data. Therefore, it is no longer needed to fix every possible move in the machine’s code. Instead, a neural network comparable to the human brain is created, which enables the machine to learn using data. This also explains why translations to English using Google Translate usually have the best quality. Instead of creating a database containing a gazillion phrases, Google Translate makes use of machine learning to find patterns in the data, which enables the tool to interpret grammar rules. Google offers the user to edit the translations, which results in Google receiving data. As English is the number one global language, most data received would be for English.

Since the rise of the Internet and big data machine learning is in the spotlights, and considered as one of the cornerstones for innovation and the digital transformation. Combining machine learning with the Internet of Things and data holds tremendous implications for organizations. Machine learning can be used to automate countless processes. This already starts on the doorstep of your company! Take face recognition, for instance. Combining face recognition with data and the Internet of Things could have far-reaching consequences, as Black Mirror episode ‘’Hated in the Nation” illustrates. Although this episode does not end well, it provides a clear demonstration of the possibilities machine learning enables. Instead of eliminating targets, one could also use the technology to humanity’s advantage. Face recognition could for instance be used for opening entrances, both physical and online. Imagine what this would mean for large organizations; no more keys, access passes, or badges. This could lead to advantages both resources-wise and security-wise.

Furthermore, machine learning enables an application making predictions based on data. These forecasts can be used for a great deal of purposes and departments in organizations. Take the customer journey on web shops. Having stored both client Y’s and similar customers’ consuming behavior, the app can predict what products would be attractive for client Y and suggest those to him. Such forecasts can also be useful in sales and retail. What would be a promising lead, based on the data? How likely is it that there will be a shortage, or redundancy? Having access to reliable predictions would increase sales, save money, and avoid waste. In manufacturing, it is even possible that machines know for themselves when components need service or maintenance. The machine could make an arrangement with the mechanic. Speaking of making arrangements: in May 2018 Google demonstrated a speech assistant making an appointment with the hairdresser! Imagine what that could mean for management-assistants.

Before going a little overboard with the examples, let us state that machine learning combined with data and the internet of things opens an entire new world. Vanenburg wants to explore this world with you. Together we will pinpoint what your organization deals with, and how machine learning could benefit your business. With help of our smart process apps, finding these patterns are no longer brain damaging investigations but automated work. Leave the follow-up to your tailor-made application. Do you already have some ideas about machine learning for your organization? Or just want an open-minded conversation with experts? Feel free to reach out to us.

The internet of things: pie in the sky or right at your doorstep?